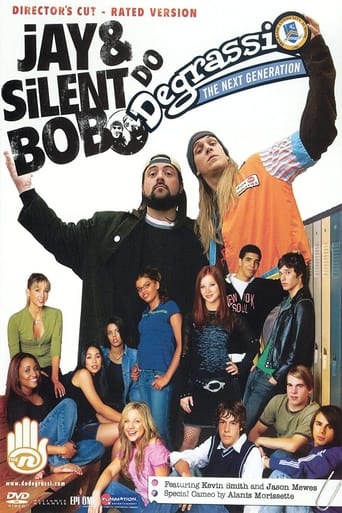 Snoogans! What are Jay and Silent Bob doing in Canada? Rewind….what are they doing at DEGRASSI! One major perk to being a director is that you can live out your fantasies. Kevin Smith's fantasy? To be featured in a three episode arc of Degrassi: The Next Generation! Kevin Smith and Jason Mewes head north to film their next movie in which their alter egos are forced to go back to high school, called "Jay and Silent Bob Go Canadian, Eh?" And what better high school to shoot at that Degrassi Community School? But drama ensues even before the cameras begin to roll!