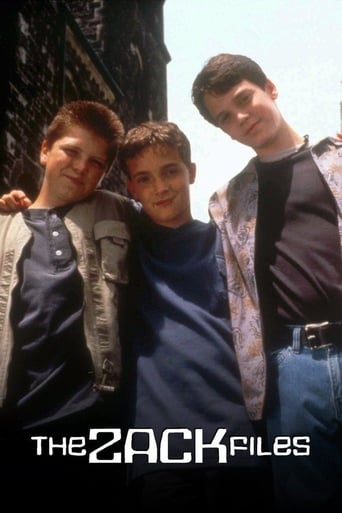 The Zack Files is a science fiction television program that revolves around a young boy, played by Robert Clark, who is a magnet for paranormal activity and attends Horace White High School for Boys along with his three friends Cam, Gwen, and Spencer. Zack manages to get himself into trouble with his paranormal adventures and it is up to his friends to help him set things straight. The series is based on a series of books with the same name, written by Dan Greenburg. In August 2004, Goldhill Home Media released the first season on DVD.