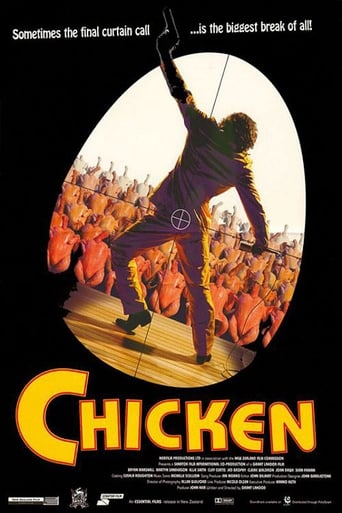 On the premise that his albums will sell better if he is dead, an aging pop-singer fakes his own death. True enough, the money rolls in, but no one can get their hands on it because of the seven year waiting period before a missing person can be declared legally dead. However, a crazed animal rights terrorist, who knows he isn't dead, is trying to kill him, because of the singer's advertisements for fried chicken restaurants. Eventually, it turns out that the singer's manager is paying the terrorist to kill him.