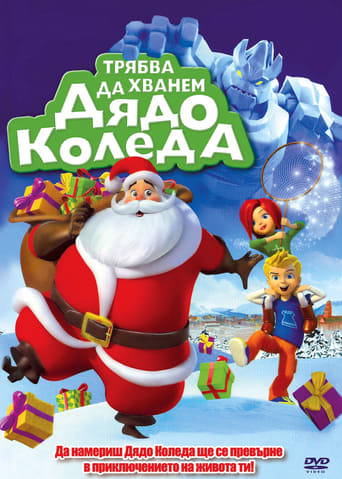 Funky music, holiday magic and a supersonic sleigh are all wrapped up in this CGI-animated family adventure starring William Shatner as the voice of Santa! Trevor is a true believer in the holiday spirit, so his skeptical best friend, Veronica, challenges him to show the world actual proof that Santa is real! Trevor and his friends embark on the adventure of a lifetime to catch Santa in action and reveal the true magic of Christmas. But they've got to find Santa before LeFreeze - a dim-witted monster who's carrying a serious 100-year-old grudge - and his snowman minions put Christmas on ice forever! Join the race to save Christmas in GOTTA CATCH SANTA CLAUS, the jolly, jammin', modern-day holiday classic destined to become a family tradition!