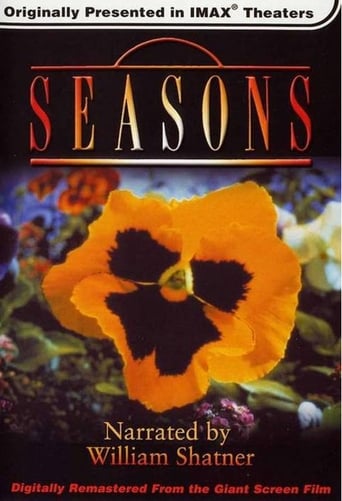 Poetry meets technology in this film about the cycle of the seasons. Narrated by William Shatner, and accompanied by a special digital "surround" recording of Antonio Vivaldi's The Four Seasons, the film takes audiences on a breathtaking trip through the eruption of spring, the growth of summer, the harvest and festivity of autumn, and the dormancy of winter. The beauty of the seasons is interspersed with a look at the earth as a planet, the sun as a star, and the human quest to understand the relationship between the two.