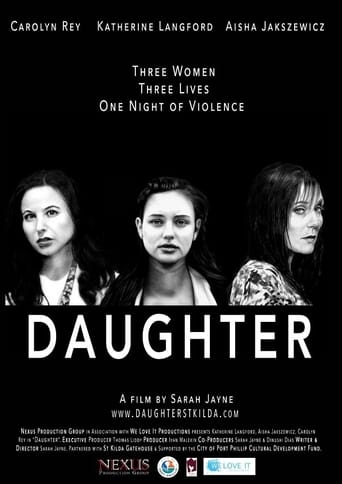 Daughter explores the way women are viewed in society by following three female characters on a Friday night out in St Kilda, who's lives become entwined and affected by an act of violence this fateful night. The award winning short film and an awareness project was inspired by the tragic murder cases of Jill Meagher in Brunswick and St Kilda's own Tracy Connelly, whose occupation as a sex worker was highlighted in the media, leading to her murder and personal story being sadly overshadowed. The main themes explored in the film are violence against women and victim blaming, shown through the eyes of three female leads, lead by Katherine Langford (13 Reasons Why) as Scarlett, Aisha Tara (Heartbreak High) as Jemma and Carolyn Rey as Alethea.