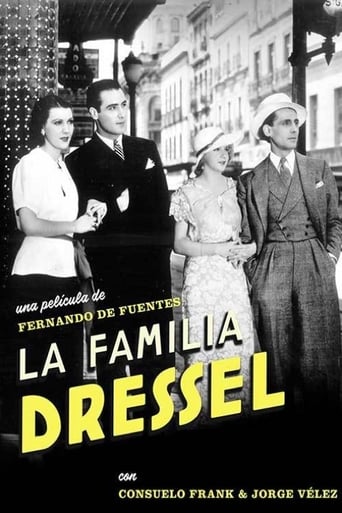 Fernando de Fuentes was among the most famous and versatile writer-directors of Mexican cinema’s Golden Age, etching his style on genres as varied as the Western and the musical. In his immigrant melodrama The Dressel Family, De Fuentes addresses the “problem” of the ferreteros: successful bourgeois German families who established their own self-sufficient community within Mexico City, but in doing so—it was widely felt—preserved their haughty colonialist attitudes toward the native population. The head of the Dressel household is a proud and stubborn German matriarch who, disdainful of her son’s mixed marriage, sets out to destroy the reputation of his young wife, a Mexican radio singer (played by the beautiful and talented Consuelo Frank).