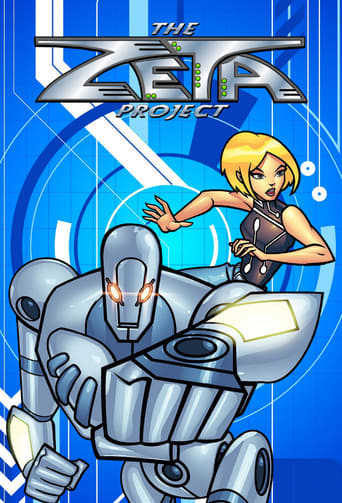 The Zeta Project is an American science fiction animated television series produced by Warner Bros. Animation. It first aired on Kids' WB in January 2001. It is a spin-off series based on the character Zeta from the Batman Beyond episode of the same name. Consequently, it is part of the DC animated universe. The show was created by Robert Goodman and Warner Bros. Animation. The story's main character, Infiltration Unit Zeta, is a humanoid robot designed to carry out covert assassinations on the behalf of the National Security Agency. However, when Zeta discovers that one of his targets is innocent, he experiences a kind of existential crisis about goodness and the value of life; following this epiphany, Zeta finds he can no longer kill. The newly enlightened Zeta refuses to continue on as an infiltration unit and abandons his mission, going rogue. Zeta is pursued by a team of NSA agents, led by the obsessed Agent Bennett, and is aided by a 15-year-old runaway, Rosalie "Ro" Rowan.